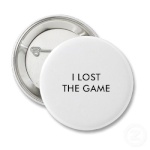 It is rather amazing. The characters are all written splendidly, especially Revi.

It's a story mostly about pirates. We're introduced to the world from the perspective of a japanese business. The Everyman-type. But, as much as it appears he's the main character, he's much more of a framing device. The relatable outside view to the sadistic female that is Revi. From even just the first 5 episodes, I can tell she is by FAR one of the deepest characters in any anime I've seen (and that includes Asuka from Eva).

Full metal alchemist is by far my favorite.

I got some Manga that'll fuck your head up.

Well quit beatin' around the bush LP and lay'em on us!

Lord Pheonix wrote:I got some Manga that'll fuck your head up.

Got some real good shit there that surpasses Elfen Lied in fucked-upery.

...so, they released House of Leaves as a Manga?

The Melancholy of Suzumiya Haruhi

I actually haven't ever watched it, but I think i'm going to b/c of this:

Suzumiya Haruhi kinda sucks tbh
I appreciate it for trying to put every genre possible into the same show, and for having a super awesome character (yuki), but it's kinda...............
Let's just say that a lot of the characters are fucking annoying, and the plot is so weird and not in a good way that sad face happens

The music was nice tho
Super Driver, God Knows (not sure if this was made for the show or not, cause I've seen it elsewhere), Kentai Life Forever, and even Hare Hare Yukai are fun songs

I LOVE LOVE LOVE this anime. I wish I still had satellite so I could watch it on Adult Swim again...
I am a State Alchemist on a different forum about Fullmetal Alchemist (Called the Risembool Rangers) I'm the Water-Dragon Alchemist. (Don't ask, I was like, 14 when I came up with a title

I actually started watching it from the begining. It's on NetFlix. Along with some of the 'Brotherhood' episodes.

The original is by far the best.

Because this wouldn't be the internet if someone didn't say it: Boku no Pico.

So today I've decided to get ahead of the curve and necro a fun thread in the debate section before someone else necro's an awful bitter thread that no one really wants to talk about again.

It's been a year or so and I've watched a lot more anime in that time. I imagine others have similarly expanded their list of anime watched, so let's talk about favorite anime again.

Death Note: I will always enjoy Death Note for its theme and pacing. The anime always managed to keep you guessing about what would happen next and how Kira and L/N/M would handle it when it did. It was interesting, and while the plot had brief lapses into the convoluted, it was overall a very solid anime. It was a shame to watch Kira consumed so easily by pride, however.

Rurouni Kenshin: One of the most interesting elements of the whole anime is the idea of the protagonist having to overcome all of his obstacles without killing anyone. Rurouni Kenshin has a great mix of action and drama, and while there is romantic tension, it isn't waved in your face for four hundred fucking episodes like some anime.

Higurashi no Naku Koro ni: What can I say, I'm a bit of a sadist, and the gore and paranoid elements of this anime really appealed to me. Some of the end themes felt cliche, but all in all, the anime was a real mindfuck that I enjoyed trying to figure out.

Azumanga Daioh: I'm going to be honest. When my friend suggested this anime to me, I had my doubts. From the cover of the disc case I was lent, the anime looked like a cliche high school harem anime. However, one thing bugged me: there were no male characters on the cover anywhere. I couldn't have been more wrong about the theme. Azumanga Daioh is what is called a "slice of life" anime. There is no overarching conflict, no romantic tension, or anything like that driving the plot. It's just a series of short, interconnected skits about some girls in high school, and it is some of the funniest shit on Earth. I'm still hard pressed to pick a favorite between Chiyo, Osaka, and Sakaki.

Trigun: In a lot of ways, Trigun is the same anime as Rurouni Kenshin, except with guns and shorter. It was a really great anime.

Hare Nochi Guu: In one respect, I feel like I didn't appreciate Hare Nochi Guu as much as I could have, because it's primarily a parody anime, and I watched it quite some time ago. Only going back and watching various episodes have I begun to pick up on the widespread parodying. However, despite this, Hare Nochi Guu was quite funny, and also really trippy.

Elfen Lied: There is something about the simultaneous juxtaposing of hypergore and nudity with a happy-go-lucky bubbly girl who makes cute cat noises. Especially when these are the same characters. The plot was, at times, hard to follow, mostly because of the episode constraints imposed on the makers (the manga could easily be a 52-episode anime), but it was still a really enjoyable ride. We saw a lot of character development in the few characters we got to follow.

Avatar The Last Airbender: Avatar is definitely among my favorite animes. It was simultaneously safe and appropriate for children while occasionally exploring rather dark themes. I mean, the main character travel's to his old home and discovers that his entire town has been wiped out, even finding the skeletal remains of his mentor, and blames his own absence and powerlessness for their deaths. That's pretty heavy for something Nickelodeon developed. Avatar had amazing pacing, and even better character development. There was romantic tension in the background, but it didn't really come to the forefront until midway into the anime. The anime balanced humor and depth very well, and the action sequences were interesting and surprisingly fluid.

I too very much enjoyed Azumanga Daioh. Especially when they visit Okinawa. I actually went to the cat island after I saw that episode. And yes it is full of cats.

Recently I've watched Clannad (super sad) and The Melancholy of Haruhi Suzimiya (she is Lord Pheonix).

I'm still waiting on season 2 of Panty and Stocking, or of course, an english dub.

And as for anime movies, Voices of a Distant Star, and The Place Promised in Our Younger Days are excellent.

Not sure if I mentioned it before, but My Bride is a Mermaid is a brilliantly funny single season show.


Also, if you like Highschool of the Dead, you'll probably enjoy Hyakko Ryuran......I feel like I'm fucking the name up.....but it's pretty entertaining.

KristallNacht wrote:I too very much enjoyed Azumanga Daioh. Especially when they visit Okinawa. I actually went to the cat island after I saw that episode. And yes it is full of cats.

Recently I've watched Clannad (super sad) and The Melancholy of Haruhi Suzimiya (she is Lord Pheonix).

I'm still waiting on season 2 of Panty and Stocking, or of course, an english dub.

And as for anime movies, Voices of a Distant Star, and The Place Promised in Our Younger Days are excellent.

Not sure if I mentioned it before, but My Bride is a Mermaid is a brilliantly funny single season show.


Also, if you like Highschool of the Dead, you'll probably enjoy Hyakko Ryuran......I feel like I'm fucking the name up.....but it's pretty entertaining.

Kasrkin Seath wrote:
My bride is a mermaid has two seasons I thought

Anyone ever watch Samurai Champloo?

I think I'm halfway through with it, and its pretty good...
Well, yeah, there's fanservice involving one of the main characters, who is underage, but hey. It's Japan.

I generally read manga online instead of watching it. Usually get more of it.


Few of em are the animes you've all mentioned like Deadman Wonderland, Elfen Lied(both anime and manga though. Manga has some crazy number like 200 something), Beelzebub(hilarious I think. They set up all the fights like any other japanese thing with them seeming like the toughest challenge yet then the good guy pretty much ALWAYS one shot punches them with no effort case he's fucking badass. Also probably the most evil of all the people he's fighting. Is funny), and a few others.


Tengen Toppan Gurren Lagaan holds a special place in my heart always though. Not sure if they even came out with Manga for it. Don't care if they did. I don't want to ever have to make the decision of what might be better than TTGL and have to put down the manga since nothing can live up to the show. Ever.
_________________

oh, and the new Evangelion movies are badass. It's a great reimagining with lots of new plot.