So i need a new mouse, i was wondering how much having a nice mouse vs a crap mouse is important? I use my mouse for gaming, so i actually care somewhat about precision.

This is completely unrelated but does anyone else get dissapointed when the General Discussion has a new post, but you look and find that it's in the "computer help discussion thread"? I do.

I use a logitech M525 before I had the 325 and I think I prefered it. this one's scroll wheel is too sensitive for me, but they are all good mice for pretty cheap 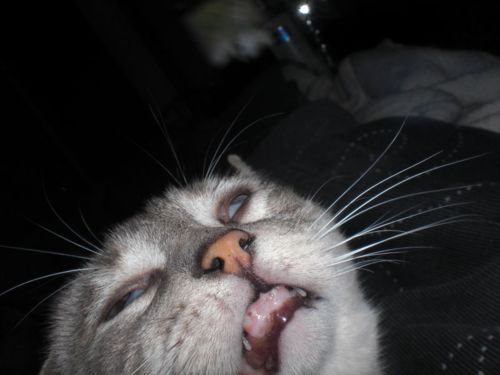 Let me simply say, if you're getting a mouse, stick with the brands you know. My parents got me a "gaming mouse" for Christmas. It's called the R.A.T. 7. It was recommended to them by the BestBuy sales clerk. It is the most Lord Pheonix awful thing ever. Arbitrarily, I'll lose either vertical or horizontal motion. Fuck this shit. I miss my DeathAdder.
_________________

Rotaretilbo wrote:Let me simply say, if you're getting a mouse, stick with the brands you know. My parents got me a "gaming mouse" for Christmas. It's called the R.A.T. 7. It was recommended to them by the BestBuy sales clerk. It is the most Lord Pheonix awful thing ever. Arbitrarily, I'll lose either vertical or horizontal motion. Fuck this shit. I miss my DeathAdder.

Logitech mice are the best, My current one has survived getting thrown into the wall several times and still works like a charm years later.

I had an old out of warranty logitech mouse that broke, and they gave me the new equivalent model for free

Hey guys! So I know I haven't been on in awhile...okay, make that a LONG while. But I need some computer help that maybe you guys might know.

I've been getting this message while my computer boots up for awhile now, since about last Thanksgiving time. Not only does it make my computer really slow to boot up from a shut down, but it's really freaking annoying.

After that there's a slew of letters and then a bar that spins around until it loads itself into a period/dot and repeats for about 10 times before it's done loading and exits. After it exits, my computer boots correctly and everything. It's so annoying and I can't figure out why it might be doing this.

Sounds like your BIOS is automatically trying to do a network boot to me. That's just a guess, but it definitely sounds like something with the BIOS.
_________________

Took out an old box and a hard drive reader and got all the info off the laptop and put it into the old box.

Good news: All data has been saved and restored and i've been looking at dedicated gaming rigs instead of running off a decent gaming laptop for a while now. Guess it's a sign from one of those asshole Gods that still have power above me to do it already.

I know a decent amount about building electronics so i'm buying parts off newegg and building my own rig. fuck ton cheaper then getting a p reassembled one, plus it'll feel like my own.


Recommendations on motherboards and CPU/GPU as well as graphics cards will be accepted. Nothing top of the line, i'm a cheap bastard that will play games on medium/high instead of ultra if it means I get to eat at night.
_________________

i5 is pretty cheap processor, but very good nonetheless. If you want to spend all your cash i7s are next-gen.

Well last week all my parts arrived but my Power Supply Unit has some kind of gunk all the fuck up inside it and would not turn on so I sent it in to be replaced.


They finally received the old one and I should get the new one by Tuesday or Wednesday.

They finally received my unit and are going to send me a new one.


Be a few days before they send it, then a few days till it arrives. Then i'll be away for the weekend as well.

My computer tech skill level: my laptop charger wasn't working so I slapped it and then it started again <3

This thing is awesome.


Still testing how good it is, but it can run ARMA2 on high settings and it is a rather high level game. Also Assassins Creed 2 on high.

i got a windows dos game i want to play on windows 7 whats everyone suggest on a way to install/play it? dosbox or what?

So i'm off to college next year, and looking for a good gaming laptop.  On top of that, my friend highly recommended getting a Solid-State Drive (SSD), which has much lower loading times and a myriad of other advantages.

So i'm currently looking at this computer, which has an 128 GB SSD and 1 TB HDD on top of a lot of other things.  I was wondering if you guys could offer any suggestions on whether this is a good buy?