This thread will serve as the organizational and discussion center for the set-up of the sub forum.
*NOTE - THIS THREAD IS NOT FOR QUESTIONS ABOUT GAMEPLAY
*Note - THIS THREAD WILL BE LOCKED ONCE SUB-FORUM LAYOUT IS DETERMINED, AND DELETED WHEN IT IS FINISHED
----------
THREAD REQUESTS(@ cheese)
1. Please Sticky this thread
----------
Sub-Forum Layout
The suggested layout is as follows -

1. D&D: Everything you need
Each sub-section should be relatively short as to make finding a specific section easy. Any expanded info will need to be acquired from outside sources trough links provided.

a. Includes the basic core mechanics, will link to other game mechanics on the site http://www.d20srd.org/srd/theBasics.htm#theCoreMechanic. Battle Mechanics gets its own section. Will state that we are using version 3.5

b. Include Character Creation sheet(rot?), some general info on what affects what and a link to d20's section on races. Include list of playable races('Common' and 'Exotic', the DM approval notice for the exotic as well). Also include race templates that are applied to a base(Half - Dragon, Half Fiend, etc.).

d. Magic. Briefly cover everything as a whole, how it is divided up into categories, what its good for. Links will be provided to more information as well.

e. Combat Mechanics. Briefly touch up on the mechanics of combat, how it works, etc. Link to combat page.

f. Anything else?
*Will also have link to d20 homepage at start
*sticky this page

2. Additions to Core Gameplay
Additions made by DM's or new things to the setting.
This would include things like the firearms and anything else that is completely new gameplay-wise.
*sticky this thread

3. General Discussion and Questions
A general purpose thread for questions and for ranodm talking

4. Game Thread
A thread where the game will actually be played out.
Will include info on the method by which the game ill be played in the forum.

5. Battle Thread
Because a gridmap is needed for battle gameplay, there should be a thread dedicated solely to the current battle. It will serve no other purpose than providing the current battle map.
*sticky and lock this thread

6. Game Discussion Thread
A thread to discuss the going on of the current campaign outside of game play.

7. Other Roleplaying Games
The place to set up or discuss tabletop games outside of Dungeons and Dragons.

We may want to hold some practice battle sessions with just generic, general issue characters. Ill make some basic characters to choose from. Anyone know how to make a grid?

Im going to create a thread specifically for character help, that is making the character.
Everyone should use that thread to get help with character creation.

1. Master Thread
This thread will serve the purpose of linking players to SRDs and other places where they might find more information on DnD. It will also include resources required to play the game, like character sheets, and will also detail special campaign additions made by the DM.

2. Game Thread
This is where the game, including battles, is played out. The topic post for the game thread will have two spots for maps: a world map and a current battle map.

3. Help Desk
This is where players with questions can go. However, I would suggest that questions pertaining to specifics be private messaged to the DM.
_________________

Hey! Someone edited my post!
Rot's 1 is basically the same as my 1. just with a different layout

Am I allowed to talk here?

I was under the impression that D&D was going to happen in the CB? At least I thought that's what cheese wanted.

If this is the case, would it be possible to get a second CB in this section?

I was under the impression that D&D was going to happen in the CB? At least I thought that's what cheese wanted.

If this is the case, would it be possible to get a second CB in this section?

It seems most are wanting to use the forums, which I'm inclined to agree with for now. But if you want me to set up a chatbox game I'll do just that - although I'm not nearly as knowledgeable in the D&D universe as this lot. We'll use the same characters to save time though.

MASTER THREAD CONSTRUCTION
IMPORTANT !!!
---
This is mainly aimed at Rot and cheese.

Whose plan are we going to follow? Mine or Rot's? They are pretty much teh same thing, with rots version being more compact.

Any ways, some obvious sites to link to would be the d20 srd, and cheese knows another good site.

Here is the latest version... 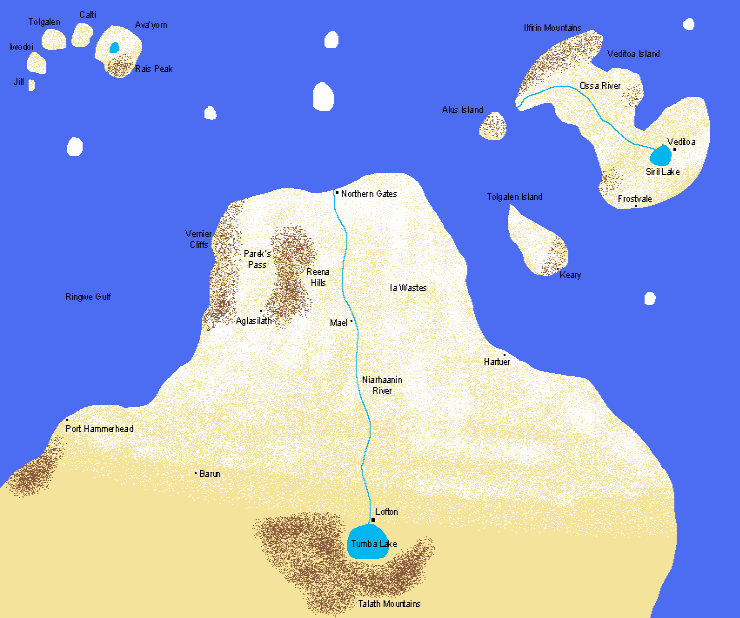 Where would the players start?

Lol, Keary is my favourite too.

I would think an island. Then one of our first quests could be obtaining a boat to get off the island.

Hmmm.... possibly
the islands, coasts and ocean are really, really dangerous.
Maybe I should split you guys up to start off with, make you meet up with each other... nah, that would just be evil

Yes, that it would

do it anyway. A DM is supposed to be evil! DO NOT DISAPPOINT!

I can be evil in so many other ways...
lets move this to a new thread.

If you want evil I can make up the story

Update to the map: 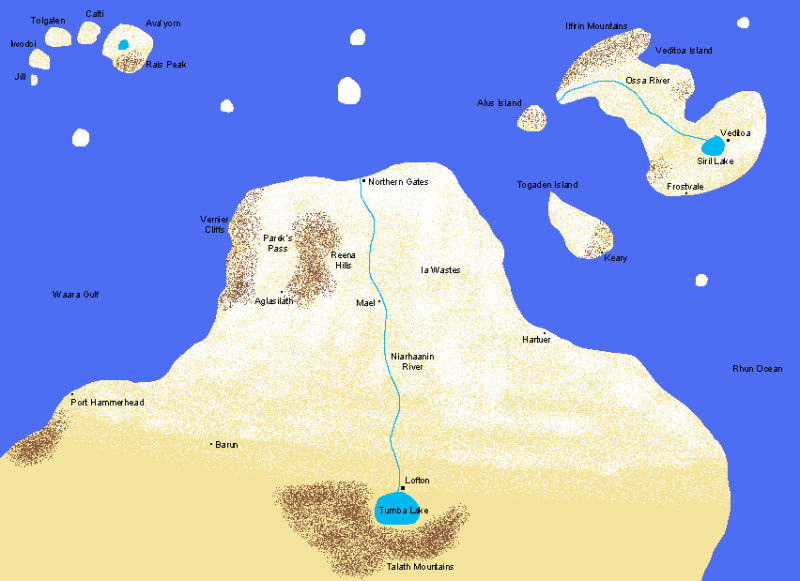 Do you have skills covered Rot?
I cant really help with skills, or feats.