kslidz wrote:where in some species the female eats the male after mating has taken place. Is that a community like ours?

he had no religious background


kslidz wrote:
I3vii: Creation
Sura 86:5-7 tells us that man is created from a gushing fluid that issues from between the loins and the ribs. Therefore, in this sura we find that the semen which creates a child originates from the back or kidney of the male and not the testicles

[86:4] Absolutely, everyone is well guarded.

Where did the semen from the testes come from?

kslidz wrote:
I3viii: Pharaoh's Cross
In sura 7:124 we find Pharoah admonishing his sorcerers because they believe in the superiority of Moses's power over theirs. Pharoah threatens them with cutting off their hands and feet on opposite sides, and then says they will all die on the cross. But their were no crosses in those days. Crucifixion was first practised by the Phoenicians and the Carthaginians and then borrowed extensively by the Romans close to the time of Christ, 1700 years after Pharaoh!

Not only the Phoenicians and the Carthaginians, the Persians had them too. And the Persians at the time had control of most of the Middle East including Syria and parts of Egypt. This should help. 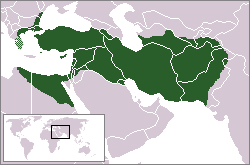 Ramesses II ( which is the most logical choice as to none of the Abrahamic religions have no clue what his name was) had 3 and more major military campaigns in Syria. There were many beliefs exchanged there.

Best guess is that crucifixion was there too. But the best proof is the very proof you provided. The Quran has
Pharaoh crucify someone. It was not impossible.

kslidz wrote:
I3ix: Other Scientific problems
Sura 16:66 mentions that cow's milk comes from between the excrement and the blood of the cow's abdomen. What does this mean?

[16:66] And in the livestock there is a lesson for you: we provide you with a drink from their bellies. From the midst of digested food and blood, you get pure milk, delicious for the drinkers.

It means that created from digested food and blood you get pure milk.

[16:68] And your Lord inspired the bee: build homes in mountains and trees, and in (the hives) they build for you.
[16:69] Then eat from all the fruits, following the design of your Lord, precisely. From their bellies comes a drink of different colors, wherein there is healing for the people. This should be (sufficient) proof for people who reflect.

I believe God is talking about the "bellies" of the fruit.Meaning the fleshy, sometimes juicy, insides. And we do use different food for healing for people. Lemon helps wounds and the vitamin C in many fruit help your immune system kill viruses.

kslidz wrote:sura 6:38 says that all animals and flying beings form communities, like humans. I would like to ask whether this includes spiders, where in some species the female eats the male after mating has taken place. Is that a community like ours?

[6:38]All the creatures on earth, and all the birds that fly with wings, are communities like you.To their Lord, all these creatures will be summoned.

Spiders to communicate and respond just like our communities. Either they give off pheremones to let their prospective mate be aware of their presence, or they use vibratory communication. They all fight for survival and try to get the best mate. Fight with other 'suitors' to get the mate. Fight for shelter.

[quote="kslidz"]sura 25:45-46 maintains that it is the sun which moves to create shadows. Yet, I have always been taught that it was the rotation of the earth which caused shadows to move, while the sun remained quite still (i.e. thus the importance of sundials in earlier days).

[25:45] Have you not seen how your Lord designed the shadow? If He willed, He could have made it fixed, then we would have designed the sun accordingly.

[25:47] He is the One who designed the night to be a cover, and for you to sleep and rest. And He made the day a resurrection.

It is talking about how humans made the illusion the the Sun moving slowly. If God wanted he could of made the Sun sit still in the eyes of humans.

kslidz wrote:sura 17:1 says Muhammad went to the "farthest Mosque" during his journey by night (the Mi'raj), which Muslims explain was the Dome of the Rock mosque, in Jerusalem. But there was no mosque in Jerusalem during the life of Muhammad, and the Dome of the Rock was not built until 690 C.E., by the Amir 'Abd al Malik, a full 58 years after Muhammad's death! There was not even a temple in existence at that time. The temple of Jerusalem had been destroyed by Titus 570 years before this vision. So what was this mosque Muhammad supposedly saw?

[17:1] Most glorified is the One who summoned His servant (Muhammad) during the night, from the Sacred Masjid (of Mecca) to the farthest place of prostration, whose surroundings we have blessed, in order to show him some of our signs. He is the Hearer, the Seer.

Mohamed did not see a mosque. he saw what became a mosque.

Al-Aqsa Mosque in Jerusalem. It was the place where Mohamed was transported into heaven. And so later on Muslims built a mosque.

I don't wanna answer all the questions on that page all at once.

As for the abrogation number 6:

thats really stretching it on most those and

also i didnt write those questions visit the site

Only 5 percent of semen come from the testes.

How do you think a cow makes milk!!!

also i didnt write those questions visit the site

Well I answered them didn't I.

I stretched on that Egyptian one. But I don't see how that is such a contradiction. No one really knew if crucifixion was practiced in Egypt. The Quran says it. I don't see evidence against it.

I know you guys weren't talking to me but i got attracted to this thread because im muslim....Islam FTW! 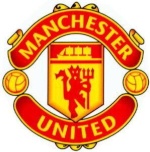 Also, for number one:

[The Cow 2:142]The fools among the people will say: "What hath turned them from the Qibla to which they were used?" Say: To Allah belong both east and West: He guideth whom He will to a Way that is straight.

2. 4:11 Generally, the son is responsible for a family, while the daughter is taken care of by a husband. However, the Quran recommends in 2:180 that a will shall be left to conform with the specific circumstances of the deceased. For example, if the son is
rich and the daughter is poor, one may leave a will giving the daughter everything, or twice as much as the son.

[73:2] Meditate during the night, except rarely.

[4:16] The couple who commits adultery shall be punished. If they repent and reform, you shall leave them alone. GOD is Redeemer, Most Merciful.

sura 4:16 does say anything about Homosexuality or Heterosexuality.

*2:178 The Quran clearly discourages capital punishment. Every kind of excuse is provided to spare lives, including the life of the murderer. The victim's kin may find it better, under certain circumstances, to spare the life of the murderer in exchange for an equitable compensation. Also capital punishment is not applicable if, for example, a woman kills a man, or vice versa.

R!zZle BiZzl£ wrote:I know you guys weren't talking to me but i got attracted to this thread because im muslim....Islam FTW!

Now I am not alone!

They give you bread and wine every time you walk into a chruch!

They give you bread and wine every time you walk into a chruch!

They give me a leg of lamb every time I walk in.

And all I get is strange looks...
Seriously, all the old people there look weird at me when I arrive

Yet it pleased the LORD to bruise him; he hath put him to grief: when thou shalt make his soul an offering for sin, he shall see his seed, he shall prolong his days, and the pleasure of the LORD shall prosper in his hand.

The Messiah being Jesus it would make no sense that God made his own soul an offering for sin.

Hell and Heaven are not infinities. They were created by god. God can end it.

God, being infinite, still affects us, who are finite things.

yes but with in time

Why don't we ever have debates about the greek/roman gods...

Zeus is a cooler name than Jupiter.

That is what you think. I know plenty of people who think they are the "Assassin's of Zeus" (AZ).

They pray in Greek in my school's chapel. ( Big school ) They have this statue of Zeus with candles around it!
I see them every time I go to pray in my spare time after lunch.

BTW, I don't wanna god who stalks women by turning himself into a cow.

Psalm 91:8 You will only observe with your eyes and see the punishment of the wicked.

According to the Noble Quran and the original writings of the Disciples of Jesus, Jesus was not crucified, and he watched the crucifixion of the doomed person.

Also, according to the Apocalypse of Peter, below in this article, that was discovered in Egypt, Jesus sat on the tree and watched the crucified one getting crucified. Peter witnessed this and wrote the Apocalypse. Not only that, but while Christians insist that the book is a Gnostic one, but according to Wikipedia.org, "It is unclear whether this text advocates an adoptionist (Jesus was Divine) or docetist (Jesus' body and crucifixion were an illusion) christology".

1 He who dwells in the shelter of the Most High will rest in the shadow of the Almighty. [a]

3 Surely he will save you from the fowler's snare and from the deadly pestilence.

4 He will cover you with his feathers, and under his wings you will find refuge; his faithfulness will be your shield and rampart.

5 You will not fear the terror of night, nor the arrow that flies by day,

6 nor the pestilence that stalks in the darkness, nor the plague that destroys at midday.

7 A thousand may fall at your side, ten thousand at your right hand, but it will not come near you.

8 You will only observe with your eyes and see the punishment of the wicked.

9 If you make the Most High your dwelling— even the LORD, who is my refuge-

10 then no harm will befall you, no disaster will come near your tent.

11 For he will command his angels concerning you to guard you in all your ways;

12 they will lift you up in their hands, so that you will not strike your foot against a stone.
13 You will tread upon the lion and the cobra; you will trample the great lion and the serpent.

14 "Because he loves me," says the LORD, "I will rescue him; I will protect him, for he acknowledges my name.

15 He will call upon me, and I will answer him; I will be with him in trouble, I will deliver him and honor him.

16 With long life will I satisfy him and show him my salvation."