Now, the winning game-type was Enemy Waves, so that's how we'll start.

Map: large desert, with scattered structures, an abandoned town, and an abandoned military outpost (yea yea, I know. But really, what else is there?). Players spawn in the base.

Base: The military base, where players should spend most of their time when not under attack, features: and old AA flak gun on the roof; 4 machinegun turrets (one on each corner); a large reinforced door which leads from the garage to outside, along with various side doors; and a partial collasped escape tunnel to a nearby sand dune.

After each wave of enemies, players can scavenge dead/destroyed enemies for weapons, parts, vehicles, ect.

Godly Requests will be minimized to either really cool stuff or stuff needed to further the game. You can still ask for w/e you want, but I will say no alot more often.

Right, anyone have anything to add before we start?

Can I replace my light machine gun with a sniper rifle?...

a lightsaber or something good in CQB that isant messed up

*is in garage working on the 2 LAAG hogs*

This may be a while 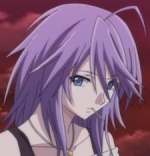 *gets on roof and watches the north side of the base*

*gose into garage and looks at sandbike*

*starts working on it*

*goes to look for scrap metal to make a sword*

I can haz Splazer instead of LMG?

Can I have a chainsword instead of sword? and a bolter instead of a LMG?

*puts scorpion in don's room and goes to town*

*walks to roof continues keeping watch of the base*

*rolls over and snores*

i can has look like vault big guns boy??

...ok what part of "post requests in request thread" has escaped you people?

@ V: I ditched the SP AAA idea because everyone ends up having super-awesome powers anyway. And no lightsaber.

@ dfc: Um, there's really nothing you can do to them, as you guys don't have any scrap metal or anything to work on them with.

@ V: you don't have a missile launcher or brute cannons yet. And no lightsaber

@ gold: you don't have a sword to begin with, and wth is a bolter?

@ BB: the town is abandoned, there's no one there.

@ bilco: I have no idea what "vault big guns" are. And you have nothing to upgrade the turrets with!

Ok, since so many people want a CQB weapon, everyone can have their choice of a sword (unless I say no; for example, NO LIGHTSABERS).

Can I have a lightsaber?

go to the request thread everyone

go to the request thread everyone

I know, I was JK.
I saw all of the times he said no lightsabers.

Alright, time for the first wave.

*pulls out AR and pistol* FOR //insert faction name here//!!!