The thread i've been using to alert people was some holiday steam sale thread so i'd rather just make a new one for round the year sales alerts.

Massive sale on at GoG right now.
Highlights include:
- FTL for $2.49
- Hotline Miami for $3.33
- The Witcher 2 for $5.99 (also had a mod come out yesterday that improved the combat system, made by one of the lead designers at CDProjekt Red. Extremely buggy at the moment though, but hopefully will be patched soon)
- Fez for $4.99
- Alan Wake + American Nightmare for $8.98
- Planescape Torment + Baldur's Gate 1-2 + Icewind Dale 1-2 + Neverwinter Nights 1-2 + Temple of Elemental Evil + Demon Stone + Dragonshard for $21.10 (all old d&d cRPGs) (last 3 aren't supposed to be that great I think, and Neverwinter Nights 1-2 doesn't have that great of a base campaign, but has a ton of custom campaigns. Planescape Torment is widely considered to be one of the best cRPGs, and Icewind Dale is supposed to have a worse story but better gameplay compared to Baldur's Gate)

Just throwing that out there.

EDIT because this year I have money (yay!)

This also seems like an appropriate thread for this: Okay, having a debate with myself here.

I only have $16 in my Steam Wallet. Which games should I remove?

I'd try the demo for m&b first to see if you like it gives you the whole game up to your character reaching level 7. Got a lot of replayability if you like it. L4D2 wasn't really fun for me unless I was playing with a few friends, as the AI isn't that good, and playing with randoms was hit or miss (usually just not fun). Dark Souls was fun, but I didn't play a whole lot due to glitches + terrible controls (kb+m controls for it suck). Haven't really played the others.

Ended up with Deus Ex, L4D2, and Dark Souls.

i need to get my steam account up and running on my new labtop.. and start buying pc games.. -_-..
feeling left out.. 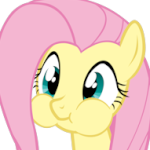 Well, all i bought this year was Fallout:New Vegas.

Hopefully the newer games a cheaper in the winter.