52 days until release and no one's mentioned anything?

Good, I will.  I only just recently learned about this, and am quite excited.  See, one of my darkest secrets is that I never actually completed ME2 or ME3.  I reintroduced myself to Mass Effect after playing some Stellaris.  That's how I found out about this gem.

Not having played ME2 or 3 isn't actually even a problem, this is a completely standalone entry to the Mass Effect franchise.  The gist of it is ark-ships (which are referred to generation ships I think, yet everyone is in stasis?) are sent to the Andromeda galaxy (yes the 2.5 million lightyear away one) via mass relays or something.  Apparently the journey took a scant 600 years and now each citadel space species that sent an ark-ship is tasked with establishing a permanent presence in Andromeda with the (perhaps idealistic) hope that eventually the two galaxies can be 'connected'.  Somehow, not sure if mass relays exist in Andromeda... or if they are even FTL capable there.... but I'm assuming they are considering, well, there should be element zero in andromeda too, right?

Also if I'm getting stuff wrong about lore its because I have yet to finish ME2&3 >.>


here are the first two trailers:

I'll share more of mine.  I understand that there's an apparent controversy around the potential endings for Mass Effect 3.  While I know soooooooome stuff I tried to avoid spoilers as much as possible so I can actually have a meaningful experience when I get around to them.

Despite that I don't think that should really color your opinion about this new experience.  I mean, sure you could be nervous about bioware fucking up another mass effect game but no *lore* elements will be present from the original  trilogy *I THINK*

spoiler tags for major elements of mass effect 2 & 3 would be appreciated, but I guess not required. I hold no power 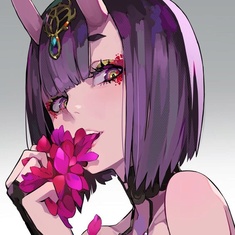 I tried playing Mass Effect 1 and I hated the gameplay. people say that 2 and 3 fixed the clunky combat but after the ME3 ending debacle im not sure if that franchise is even worth my time... maybe a completely unconnected experiance is what I need to see what people are talking about

Haven't played ME1 in a while, but the combat did actually vastly improve in the second and third games. They went away from 'traditional' RPG combat (you know with lame % modifiers and other non-interactive mechanics) and made the combat pretty fun and dynamic.


Unless you hate cover shooters.