The newest Halo game is a Windows 8 exclusive top down shooter made by these guys.

I don't know why, but from that top down perspective and art style, it reminded me a lot of Halo Wars. 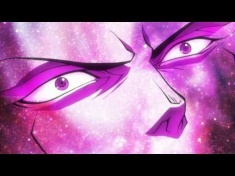 a turn based halo game in the style of xcom would be awesome, this just kinda looks meh

Mr.Inferior of the two Admins wrote:a turn based halo game in the style of xcom would be awesome, this just kinda looks meh

It looks kinda cool, but I'm not going to shackle myself to Windows 8 so I can play it.

I still think everyone is overreacting to Windows 8. Start8 fixes all of the introduced UI problems (most of which will be fixed by Windows Blue very soon anyway). Otherwise, it's cheaper, significantly faster, much smaller, and has a cleaner UI. Everyone's just put off by the metro, which is a fine toy to have as long as you install Start8, RetroUI, or any of the other bazillion UI fixes.
_________________

No windows 8 is fucking retarded and nothing short of being held at gunpoint will convince me otherwise.


This does look rather meh. It looks like fun, but I wont be able to play it so meh.

Suppose the game will be free?

(the rest is about Windows 8 - read at your own risk)

And that's the common, baseless opinion of Windows 8 that bugs me. All because of a silly design choice that, imo, was a great idea. Now I can actually look at tablets like the Razor Edge as alternatives to a laptop instead of overpriced toys. Like it or not, Microsoft hasn't alienated the PC market with Windows 8. In fact, it was the complete opposite.

The only reasonable complaints I have heard have been about the start menu, a tool that wasn't even very good at what it was supposed to do. The only redeeming factor about the start menu was that it remembered your eight most common applications (btw, the algorithm for choosing those applications sucks, which makes half of that list useless anyway), and it offered quick access to Control Panel, Devices, My Computer, and the Home directory. The actual menu part of the start menu was an rectifiable mess - so bad that it's actually faster to use a search bar to find an application than it is to navigate the start menu.

Windows 8 fullscreened the start menu, which is slightly annoying, but at least it's not an applications menu instead of an inconsistent, unchangeable mess of directories and useless links.
_________________

Vigil wrote:I don't know why, but from that top down perspective and art style, it reminded me a lot of Halo Wars.

Take that as you will.

I had that feeling as well.

So...
It looks good. Honestly, if it came out on XBox Live Arcade, I would consider buying it.

Seeing as how the main character is Sarah Palmer, and this game is about how awesome she is and how she got to be the leader of all the Spartans, I'd probably skip out on it. 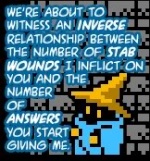 In Halo Wars we wanted to focus more on the UNSC, but we got a story heavily reliant on Grey team. There were canon issues.

In Halo Reach we wanted another ODST or a UNSC point of view but, again, we got Spartans. There were canon issues.

In Halo 4 we didn't really want more of MC and we really didn't want more Spartans, yet there they were. No canon issues, but it certainly made for a more contrived story.

Seriously M$, stop going on about Spartans. Halo is an interesting universe with a ton of potential, but the story is consistently put aside for 'OMG YA SRTANZ!'
_________________

I don't quite think it's fair to say we didn't want MC in Halo 4. I personally think they could have done it better, but Spartans are still fine.

However, you do bring up a good point. The one time there wasn't a real canon issue after Halo 3 was in ODST, which had no Spartans. Then again, that doesn't mean there isn't a correlation.

They can fit spartans in without breaking canon, yes, but my problem is that they've shown complete disregard for canon and/or story quality as long as they can get spartans in there. I've tolerated it to a point, but it's becoming rather irritating.
_________________