THE FEELS. I FEEL THEM. ALL OF THEM.

This has probably been posted here before, but I couldn't resist: Warning: Class One Beverage Alert is now in effect.

Because the guys I met in Poland (from the U.K.) did, in fact, talk just like this. Hirarious XD

Everything else sucks, though.

how is that a deceptive link?

Mr.Inferior of the two Admins wrote:how is that a deceptive link?

How is that a Funny Pic?

Also: Five Guys has the best fries. Followed my Rally/Checkers.

McDonalds has had some of the worst fries for nearly a decade now. The only fast food place I can think of that is consistently worse than McDonald's is In and Out, which serves soggy lumps of fried potato which are only edible while they're piping hot (which they rarely are by the time you get back home with the food).

Burger King fries used to be very crisp and properly salted, but of late, they've not been as good. I think they changed the oil they fry them in.

Wendy's fries are almost always crisp, but half the time they're either totally unsalted or way oversalted.

Sonic fries are fairly mediocre, which they more than make up for with their tots.

Jack in the Box fries are typically crisp and salty, but they're fairly bland tasting without ranch (but they're bacon cheddar potato wedges are amazing if the cook puts enough melted cheddar on them).

In and Out fries are soggy, unsalted, taste bad, and become completely inedible after five minutes of ordering.

McDonald's fries vary heavily in crispiness, from very soggy to kinda soggy, and are generally only lightly salted. In an attempt to be more health conscious, McDonald's changed the way they were made about a decade ago. About that time, most McDonald's also took down the signs that read "America's favorite fries" because they no longer made those.

Ultimately, it depends on the night. Wendy's fries are currently the best on a good night, but Burger King edges them out if Wendy's is having a bad night. Sonic, Arby's, and Jack in the Box all offer alternatives to regular fries which are superior.

If we include sit down restaurants and carry out restaurants, pretty much everything beats out McDonalds. Examples of places with good fries that are sit down, in my experience, are My Big Fat Greek Restaurant, which has Chris Brown batter they're fries so that they're quite crispy, Red Robin, which has a very good seasoning for their fries, and Outback Steak House, which, on top of having really good steak fries, has the best house ranch that has ever existed (I would eat trays of In & Out "fries" if I could dip them in Outback ranch).
_________________

EDIT:  On McDonalds fries -  They used to be fried in beef tarrow (which is why everyone loved the flavor) but they changed that recently (like rot said) and now use beef flavoring than actual fat.  I think they're still pretty good though.

I agree with the opinion on In and Out. I don't understand why everyone likes them so much. 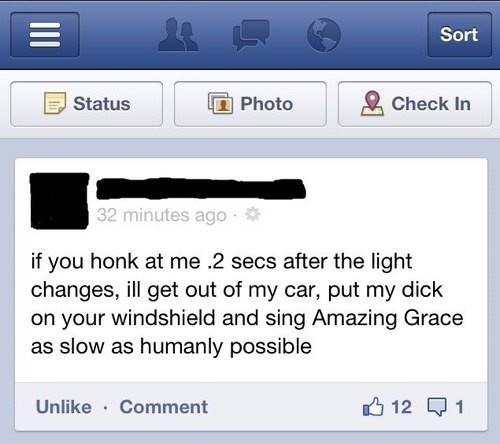