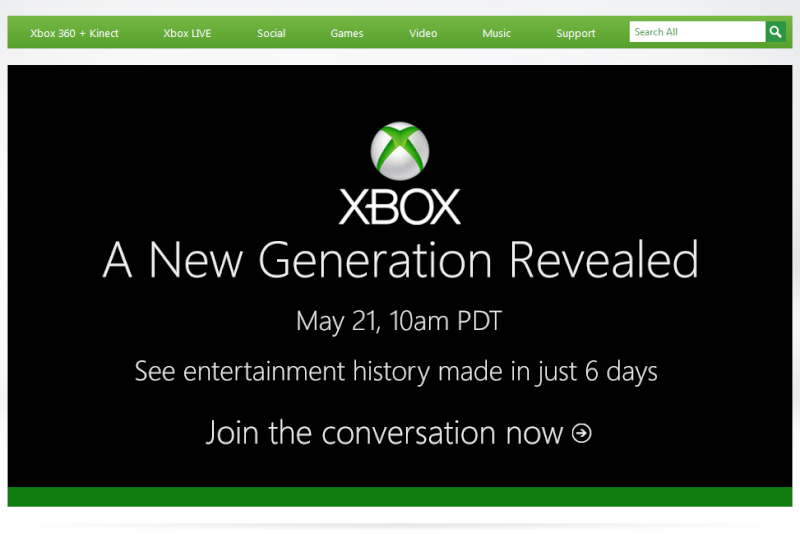 Pulled that off xbox's site. I wonder what in the world it could possibly be? Maybe they are coming out with a new controller or a new game they are excited about?

Prayer circle that they don't call it a Ybox.

it will be a sphere 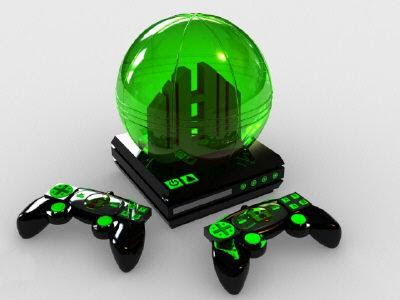 nah, that still has a box part

That's what i saw on IGN anyway... 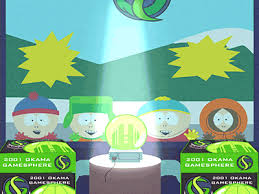 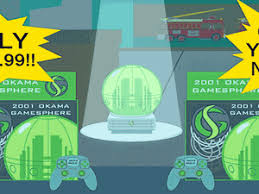 If Gold membership is still required to play multiplayer, I'm not getting one.

It's going to be so fucking lame I'll finally be forced to get a PC. Why do i have a feeling this will be just as bad as the past few Microsoft E3 press conferences.

I was thinking more along the lines of what they announced.

What has happened to gaming.

However Steven Spielberg is directing a Halo TV series, which has all of my yes.

Does anyone have a link for the actual announcement? YouTube doesn't have it, as far as I can tell.

That's pretty much the cliff notes and the stuff you probably need to know.

I'm a bit bummed out by what I saw today. I understand the need to make it a multi-entertainment device, but for a guy who doesn't watch or have a massive interest in TV not a lot shown that interested me.

Lord Pheonix wrote:Probably, after all they don't want to unveil all their games before the giant gaming convention in 3 weeks.

Thank you Vigil. It doesn't seem too bad so far. Hell, if it came with a new ending for Mass Effect 3 I'd be completely onboard.

The hardware? Meh. Need the CPU clock speed and more GPU information before any real judgement can be made. The kinect and voice control seem to have substantially improved and the heartbeat sensor is cool, but those are just novelty features. Slower disk drive is a bummer, but that is offset by the installation requirement (which, in turn, offsets the benefit of a bigger HDD).

Xbox TV? Meh. I'm fine with M$ working on that stuff as long as it doesn't detract from the gaming portion of the console. I might use it, but it's certainly not a selling point.

The design? NES with black paint. The controller doesn't look as comfortable, but I can't say much till I try it.

Always online? Meh. They wont require it, but they 'want' developers to use it. For MMOs and multiplayer-only games, this is fine.... but we all know it will be abused by someone.

Used game fees? Ehhh.... they said there will be a fee to install games on new systems, which is kind of disappointing but not all bad. If games can be played without disks in the drives (which seemed to be suggested), then it means that people who normally bought used games could just borrow their friends disk and install it on their system for a reduced cost. Of course, this makes playing your games at a friend's house much more difficult - especially if the HDD isn't easily removable anymore. Additionally, they haven't confirmed that disk-free gaming is a feature, so this could just be purely bad.

The Halo TV series? Produced by Stephen Spielburg? I'm mildly interested, but not exactly excited. If it's about Spartans, I probably wont watch it. And does Halo really need a TV series? What about RvB? What about a Halo movie? I almost have to wonder if this is a ploy to increase the anticipation of their TV capabilities.

Everything else? I have no clue.
They didn't talk about the console price or XBL price.
They didn't talk about whether or not the 360's XBL service carries over to the One.
They said there are 20x more servers used for the One's XBL, but that is almost made moot by the greater emphasis on cloud storage, cloud computing, streaming, always-online capabilities, and other network-reliant functions.
They said over and over that they'll talk about games at E3.
They didn't mention backwards comparability, although they talked later about how the One's framework was substantially different from the 360's.
The promise of 8 exclusive new IPs in the first year is interesting, but without any more information it may as well be Kinnect Sports, Tambourine Hero, and Grilling Daddy.

In the end, I'm not happy or upset. It was about as good/bad as I expected. We all knew M$ would focus on the kinect and the all-in-one "livingroom experience". We all knew there wouldn't be much talk of games. The awful name may have thrown us for a loop, but the announcement really wasn't positive or negative. It was just.... meh.
_________________