There's only one way to drop a man from orbit.

There's only one way to drop a man from orbit.

Ladies and gentlemen, please consider the following: Humanity isn't picky about where we set up camp. If the gravity is a bit too high or the air pressure a bit too thin, we'll live there anyway. Hard vacuum on a moon too small to support its own atmosphere? We'll build arcologies and call it good.
And every one of those colonies needs defending, and the pilots defending those colonies need a way to survive re-entry. If they've ejected from their ship, it's a last-ditch option. And no, I did not mean to make a pun there.
Their spacecraft is likely completely inoperable, in more pieces than you and I can count on our fingers and toes. Hell, knowing Covenant plasma, the ship and the pilot might even be on fire.

And they need our help.

They put their lives on the line to protect ours, gentlemen. They're probably screaming, in pain, maybe even clutching at a limb that ain't there no more. It is our duty to save them, whether or not they're in a condition to cooperate with us. And because of the aforementioned problems with gravity and atmosphere, parachutes ain't going to cut it. 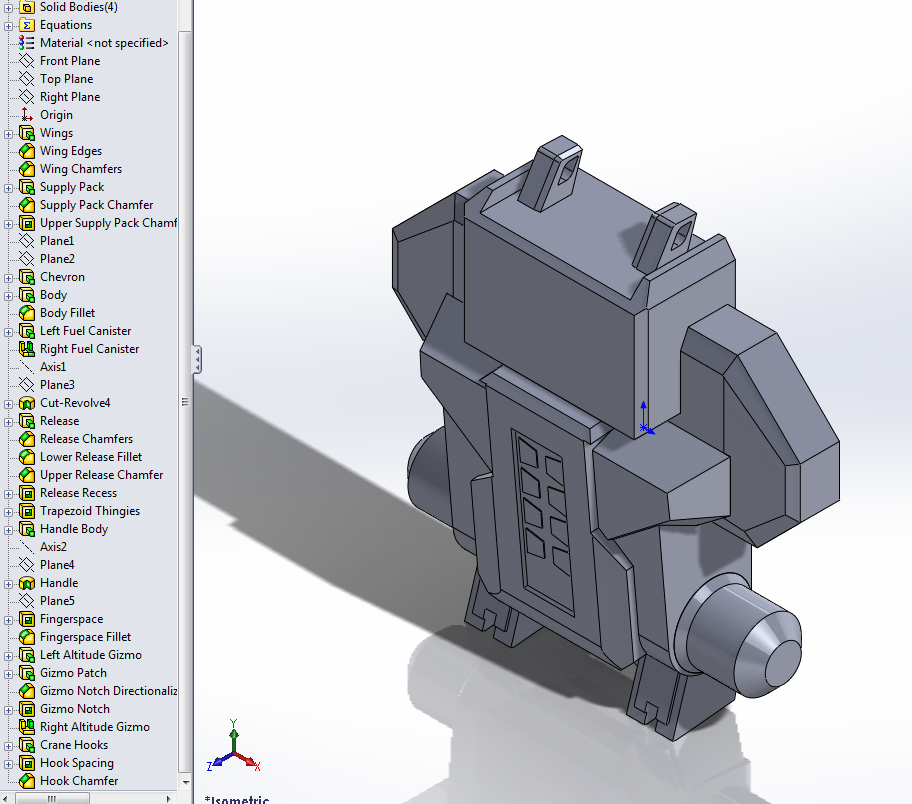 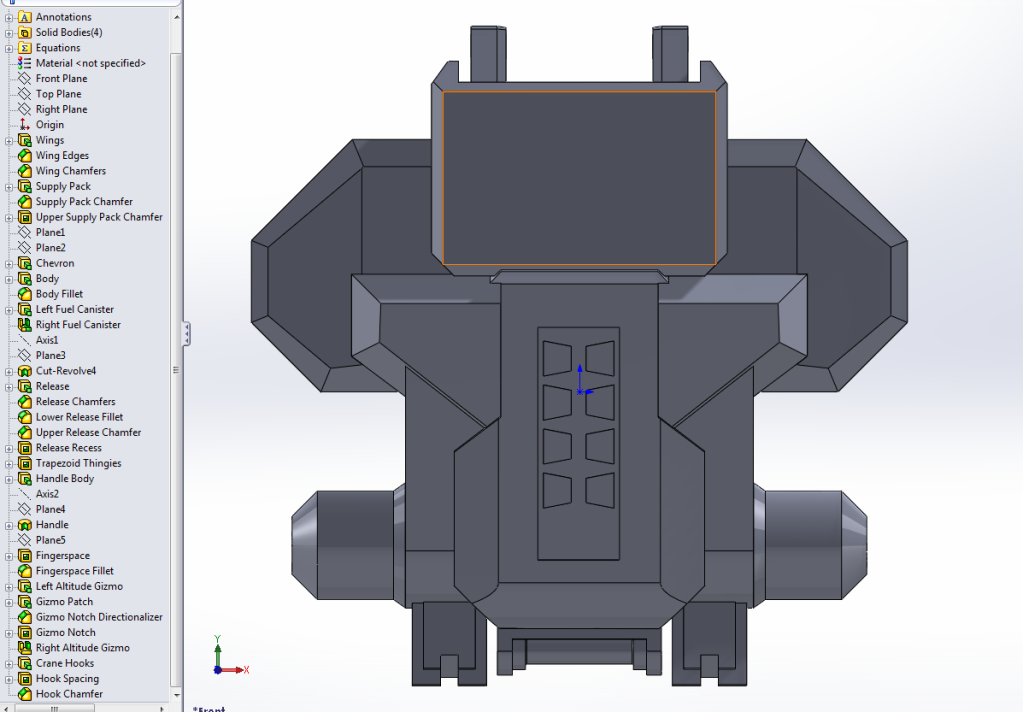 Ladies and gentlemen, I give you the M-Spec Reentry Unit, the Mae West of the twenty-sixth century.

That central bit there, usually marked with a 'RELEASE' stamp, covers the first stage of saving the pilots life. When the onboard computer detects that the pilot's tumble has pointed the M-Spec skyward, explosive bolts blow the cover free of the pack. 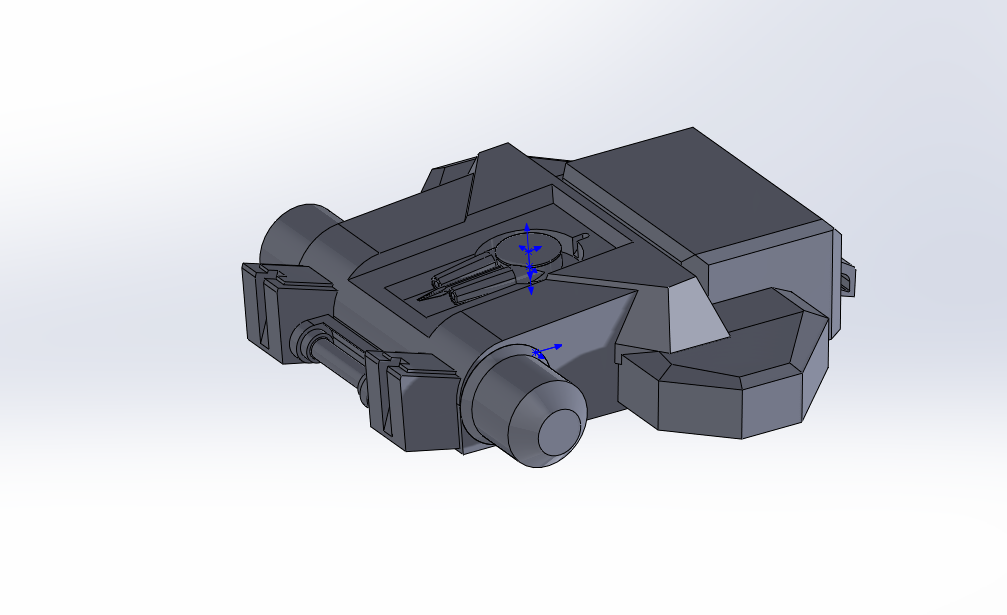 Yes, explosive bolts. When it comes down to saving someone's life, you don't Mickey-Mouse your way around. Particularly not when a government contract is paying all expenses.
Ahem. 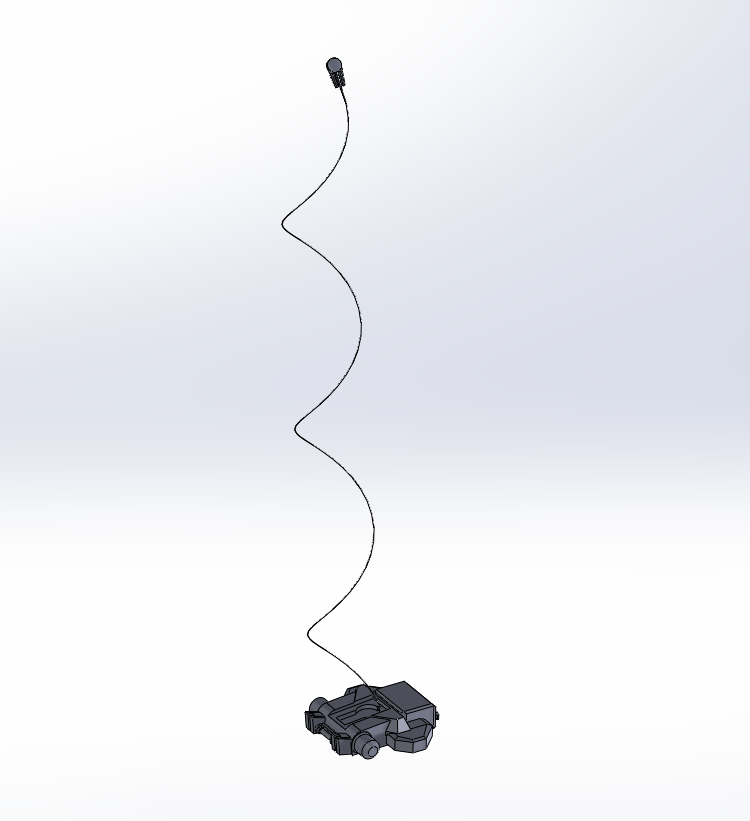 A secondary charge throws the first stage retrorocket unit free of the M-Spec. If there's an atmosphere, the slipstream will straighten everything out and the the rockets will smoothly slow the pilot's descent. If not, the slack will be taken out of the line when the retrorockets fire.

Don't worry, the pack can take the stress. There's been instances of chipped teeth and whiplash on the part of the pilots though. But let's be honest here; if the guys who designed the flight suits were doing their job, the armor would lock up tighter than a gambler's wallet and we wouldn't have to worry about this. 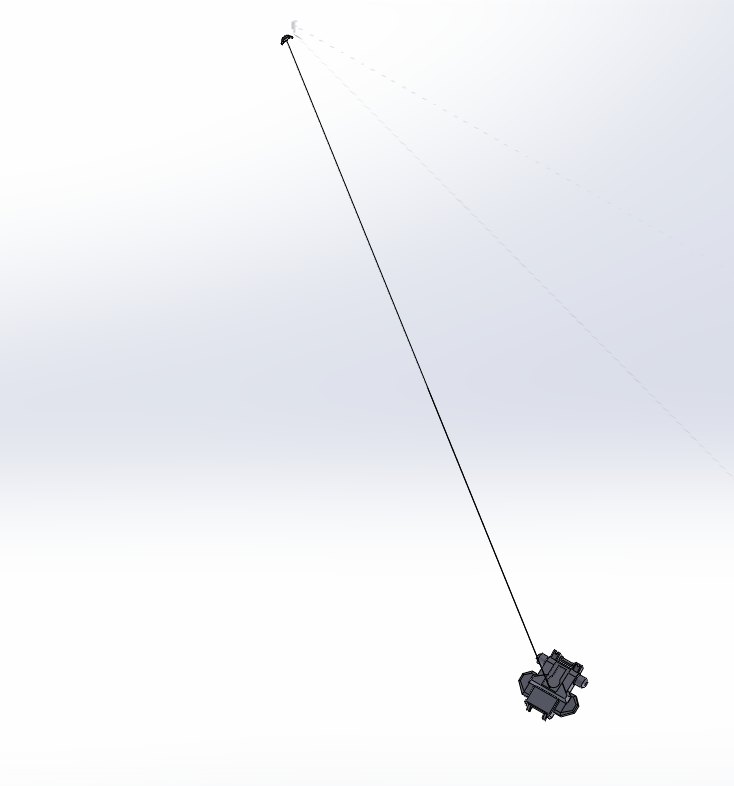 So long as the retrorockets have fuel, they will continue to fire in order to retard the pilot's downward motion. The object is stop the pilot's tumble, stabilizing him for stage two.
Which, sadly, doesn't involve explosive bolts thanks to those ball-busters at OSHA. 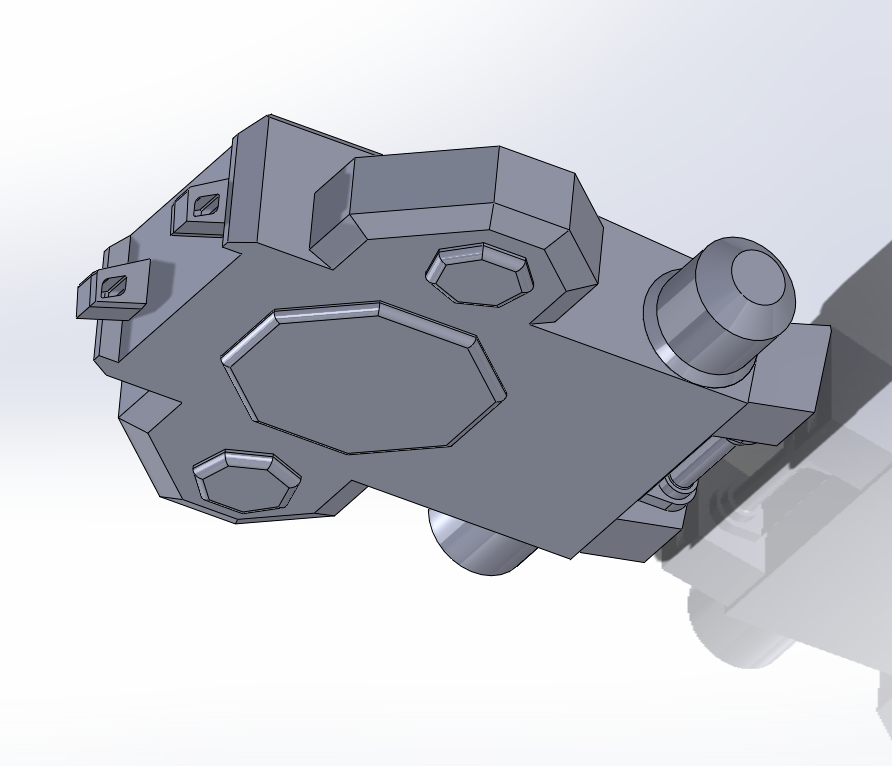 What you see before you is the M-Spec just prior to second stage firing. For those of you who are wondering, the canisters flanking the pilot's kidneys are fuel tanks. The central octagonal plate is a stand-in for the pilot's harness.
Now watch carefully, because the real magic is about to happen. 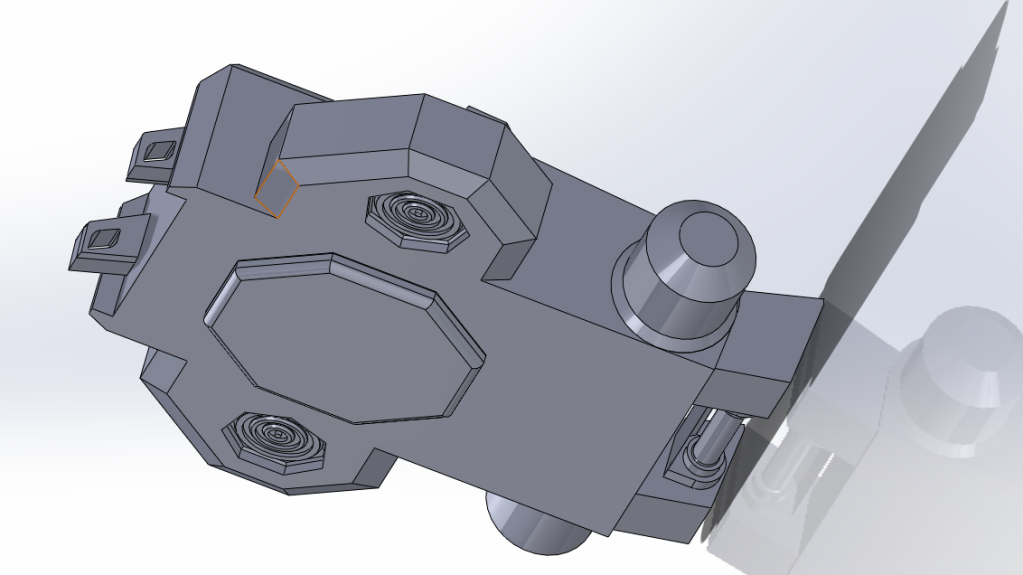 Thanks to the miracle of sodium azide and several proprietary catalysts, nothing in the 'verse is going to stop those caps from flying off and exposing two General Electric HTPM Vectored Thrusters. Let me tell you, these suckers will slow a 100 kilogram load from splatter speed to zilch in the space of a few minutes. Heavier loads might come down faster, but we're confident that the M-Spec will never have to save more than one-twenty kilograms, tops.

The only problem is that the pilot happens to be in the way. Don't worry about that, because we've come up with a solution. Two, in fact. The first happens to be what we call 'ablative protective layers', to be installed on every flight suit in the Navy's Orbital Defense units. 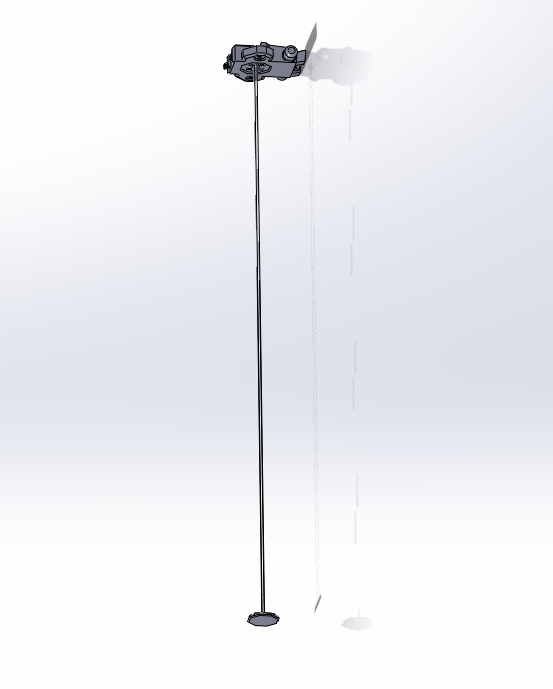 Just prior to releasing the first stage of retrorockets, the M-Spec pack will begin to lower the pilot on Thermex-sheathed carbon fiber cables, placing them out of harms way. Unless there's no atmosphere to diffuse the exhaust. In that case, they'll be grateful for those ablative plates.

There are those who question the safety of the skycrane system. To those people, we point out that their great great great great grandfathers watched on TV as real men of science landed rovers on Mars this way. The first colonists of Reach and Siberia Prime were resupplied with skycranes. And today, four out of five engineers have signed off on the system as safe for human transport.

Anyhow, long before the unit runs out of fuel, the pilot will be gently set down on the surface of the planet*, and the M-Spec will maneuver to land nearby. As soon as the pilot is able, he may retrieve the survival gear from the upper storage compartment. Food, medication, anesthetics, even an M6G handgun with extended magazines are stuffed in there.

*In case the surface in question happens to be the ocean surface, the M-Spec can be used as a flotation device.

We aren't done saving the pilot's life yet, though. The spare fuel can be run though an auxiliary power unit to run a radio, water purifier and atmosphere recycler. Some crafty fellows have even figured out how to cook meals on the thrusters, bless 'em.

There you have it, folks. Welcome to the Caterpillar Club. Yup. I actually find it easier to use than 3D art programs.