Didn't know I would be the one showing all the new and sexy looking games.

Without further ado I present to you (hehe it rhymed) Dishonored by Bethes- oh no wait.... there's a mistake, it's made by a small little development studio called Arkane Studios. They worked on Bioshock 2 ! yeah, yeah, before you get upset let me just say they only worked on stuff like level design, animation, and art (which was some of the good stuff in Bioshock 2, if anything was). According to wikipedia Valve also once graced them with the opportunity to work on a Half-Life spin-off entitled Return To Ravenholm, which if anything sounds awesome, was however cancelled.

Bethesda is just publishing it so I guess it's more important to have their name on the box art instead of the developers. Okay cool.

As far as pre-rendered cinematic cutscenes that don't affect the actual game, this is pretty good. Why? Well it gives you a lot of context about the game without reveal too much, and shows you basically what it's about. Pretty neat if you ask me. It's been described as a cross between Bioshock, Half-Life, Assassin's Creed, Deus Ex, and Thief.

That just means it has elemnts from all those games, not that it's like... all of them put together >_>

The more I see and read about this game, the better it gets. 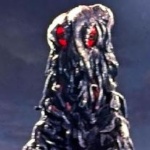 After seeing all the videos of this game and playing it at Pax, I have it pre-ordered.