Elabajaba wrote:Dust 514 is just an mmofps in the same universe as EVE, and doesn't have all the complexity of it.

you don't know about Dust 514 at all. It's directly linked in real time to EVE. EVE players can literally do airstrikes for you in Dust. You team up and join the same player run corporations and they will hire you to capture planets for them. The idea being that each and every planet has its own battleground. You literally are a MERC for these corporations. They may give you money to get better gear, or tell you to fuck off and never hire you.

I have three beta keys. If anyone wants them, PM me. 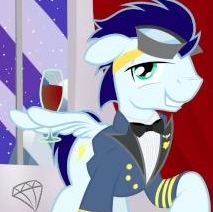 While PlanetSide 2 was fun and fast paced along with having a HUGE fucking map and scale, the weapons are all bullshit.


Assault Rifles are purely short range, can't kill shit medium range and God forbid you try to shoot someone more than 20 meters away.

The clip sizes are bullshit and you are considered a God if you can somehow divine a way to kill 3 people with a single clip.

If there are 2 enemies going against you and they both see you, you will not win. You can not possibly win a 2 v 1 fight against 2 decent opponents.

Whatever money system they are using to unlock weapons is bullshit to. I went into a base full of enemies and completely destroyed shit. I was getting 6 kills to every 1 death, had over a dozen kills on one life when I took an awesome position looking down on enemies, and I blew up 3 or 4 barriers by myself with no allies killing a dozen men between the 3 or 4 of them and I STILL don't have enough money to buy even the most basic weaponry.


All that class system stuff spoken of earlier about needing hackers to take over bases and playing smart and as a team seems to have gotten completely hacked out as well. From what I saw the plan was for the offense to drive in one of those moving spawn points to the enemy base and just zerg rush the entrance until you made a foothold for yourself then keep going in till you take the base or are driven out.

One of the biggest problems I had with the game was that they incorporated the bulky, slow-reacting style of the modern shooters with the the high health of games like Halo, and then made all the guns shit. Like P said, all the assault rifles are shit at anything but point blank, and between the spread, health, and the chaos of short range gun fights, your best hope is two kills a clip. Once you start reloading, if there are enemies still about, you're dead. Unless you're defending, in which case, you duck behind cover.

There's very little strategy to base capturing. You just charge or hold. A few smarter players will take objectives to make one or the other easier, but there aren't enough of those smarter players. I spent some two hours with five or six players defending an outskirt base from maybe ten or so enemy players. We would just run around, capturing back each point they took within the base. I repeatedly suggested that we go down, blow up their spawn point APC, and then go out and capture the two camps they were using to spawn and teleport into the base. I went on my own and managed to almost accomplish this, but part of attacking a spawn point alone is that the enemy keeps spawning, and eventually two came at me at once and I was killed.

I'm also disappointed to see that they've put havens on every continent. There's no overall strategy of taking bases on a continent, because you can't then push into an enemy continent. In the original Planetside, bases were interconnected by this grid, and you could only capture a base if you owned an adjacent base. Thus, you had to take the warp gates at the edges of the continent in order to take bases on the next continent. There was an end goal other than "shute da enemees!"

And, like P said, they pretty much entirely cut hacking out. Hacking was one of the foundation gameplay mechanics in Planetside. Hackers were required during almost every point of attacking an enemy base or tower, from hacking enemy vehicles to hacking internal terminals to hacking the base/tower itself. You can still hack terminals, but it's almost unimportant since you can just blow a hacked terminal up with one clip of AR and then an engineer can repair it and it will revert to whoever owns the base. Taking bases just consists of holding points until an arbitrary attrition bar fills up.
_________________

The weapon thing gets better when you buy better ones.

do you lose it on death?


The other assault rifles get 30 shots per clip and is extremely difficult to kill two people with (40 for Heavy class).

My new assault rifle with the Heavy has 75 shots plus with the shield ability I just discovered I have on him I am a fucking monster on the battlefield.
_________________

The air vehicles don't like to turn. Seriously, you have to spend half an hour flying around to get an angle for a run and then you can't actually do shit.

Weapons for the NC are okay. They don't insta-kill, but they at least have a decent ammo cap. I haven't tried the other factions yet, but we'll see.

I believe turning is something you have to unlock with certs.... which sucks, imo. Most of the cert unlocks are extras for vehicles or weapons, but a month ago they started taking out things like vehicle handling and making them unlocks.... which kinda sucks...
_________________

How are you supposed to learn the damn things if they dont let you handle them at full capacity?

CivBase wrote:I believe turning is something you have to unlock with certs

CivBase wrote:I believe turning is something you have to unlock with certs

If this is true than it is now officially the most retarded thing I have ever heard of in a video game. Ever.

Not the most retarded thing ever... but it's still pretty bad.

As a free-to-play, I wouldn't mind it so much if it weren't for 'unlocks' having to be equipped, which means the actual upgrades can't be used if you bump the handling back up to where it should be.

For example, I'm forced to sacrifice the standard turning on the flash (ATV) just to push the speed back to normal because both were nerfed and they can't be equipped simultaneously.

Cant turn in aircraft without an unlock?
... What? Turning left and right work for me as does rolling and pitching up/down. Combine both types for EXTREME turning (if you are close to the ground you might suicide into something).

I've found the starting weapons for NC to be decent... I use the assault rifle and machine gun effectively at close and medium ranges (for the assault rifle, you really need to switch to single shot mode). The thing that really upsets me is how overpowering some of the unlock-able weapons are compared to the starting set... especially with vehicles. For example, in a fighter duel, unless one gets the jump and the other is a vegetable that likes to eat lead, the fight will normally be won by whoever has the better weapons. "You can aim and fly better than me, eh? Well how about I give you some homing missile as a reward." The fact that countermeasures are bought with certs only makes this worse.

When it comes to strategy, I would agree that there is little of it when it comes to assaulting a base. It's too difficult for anyone on the ground to try and organize things once the battle has started, but typically a good proportion of the players clump together into teams and tackle a specific objective. This is also ignoring the support from the outside, such as players making sure sunderers stay up, or providing armored support and air support, which losing either of can lose the battle.

I think there is a greater level of strategy present on a continental scale, however. Any good, large push tends to involve a single player starting an assault on a specific target. "We should focus on taking The Crown because it is easy to defend and is a great staging location of any further assaults" or "We need to take the Tech plant because ____" come to mind for reasons. Valid or not, they get the ball rolling and before you know it there will be a small army of vehicles and aircraft rolling across the landscape to assault that target.

There is also a good level of cooperation present in the game, something I'm really not familiar with in the FPS genre. Sudden wings of fighters or multiple bombers/dropships assaulting at the same time and covering each other seems to be a norm. If you drive a sunderer around, chances are some guys with tanks will take it upon themselves to escort you without you saying a damn thing. The fact that people place themselves in these assumed roles just makes the game a bit more fun imo.

Needless to say, despite the problems pointed out by others I enjoy Planetside 2 enough that it will probably remain a game I play well into the future. It isn't good enough that I would be willing to pay the subscription costs, but I might throw some real money at it in the future due to my own moral code since I will probably play it a decent amount.

also, this is pretty cool
https://www.youtube.com/watch?v=Mw3Micmkfr8 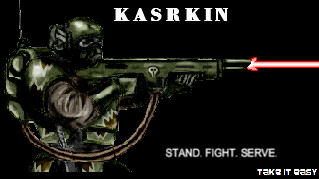