** Due to a lack of personal interest I am no longer maintaning the thread. You'll have to bitch at me to get stuff done when it needs to be updated with stats/whatever**
LoL is, put simply, a multiplayer team game where players control champions on a balanced and equal field of battle. The goal of each match is simple - smash the enemies defenses and destroy their base. Within each match champions level up to gain powerful abilites and items can be bought to strengthen one or many aspects of them. Outside of the matches themselves, the player themselves levels (in lore you are a summoner, and the more you play the better you get) unlocking runes, masteries, and summoner spells that all serve to strengthen them in-game, as well as gaining access to other champions.
Playing the game
Playing the game at its core is fairly simple, but gets more and more difficult as you attempt to maximize every aspect of your summoner and champion. Basically, its very easy to pick up but its hard to master. There are many variables a player must account for both within a match and out of it. You don't need to take it so seriously however, you can just as well play purely for fun and not worry about victories or making your champion(s) of choice as awesome as possible. But what about success and victory?

To succeed, each and every player on a team must know their champions' weaknesses and strengths. Knowing how and when to use their abilities and how to play as them is key. Players must also know what types of items to buy for their champion and play style. These item sets, or builds, are made normally to maximize a specific trait of their champion, improve them in general, or to shore up any specific weaknesses. Gear choice will vary heavily as well, as changes must be made according to who the opposition is. Even more vital to success is team cooperation and communication. A group of good players with no teamwork will likely fail to a group of unskilled players with great teamwork. Knowing how those you are playing with will play, and then how to play with them, normally has positive outcomes; two players working together and in-synch with one another will triumph over two solo players. Communication is vital for calling out when enemies are moving, are missing, or when planning a co-ordinated assault.

This thread has been established as a place to record information specifically regarding TCF players. This includes mainly Usernames, their Main Champion, and any others which they own. If available, their Main's Build, General Playstyle, and any Alternates will be added, as well as personal bests for games if they wish. The thread will also serve as a place to post tactics, strategies, and for general banter about LoL.
Player List
PM information or tell me in the CB to add, don't clog the thread with player info

Ganking is basically killing a single enemy player via surprise from a convenient bush, or just rushing from all directions. It is commonly employed during the entire duration of games to eliminate enemy players.

Baiting or pulling is based around two things: Giving the enemy false confidence, and then exploiting it. Performed in a fasion similar to ganking, the difference being that one player will pull the target (preferrably) base the locations of their allies, and once past the enemyis ambushed by those hiding, while the 'bait' will either join in or flee due to injuries.

The rush strategy describe here is a teamwork-intensive idea that would require all members(5v5) to get the spells teleport and ignite(the exception that one person should get heal for group heals).

Everyone will gather in the middle, and as soon as minions arrive they will rush the enemy there. Prior to this, only one player should make themselves detectable. Upon death of enemy(ies), the players will destro the middle turret. If allied turrets are under attack, teleport can be used to split up forces. If not, the team can either continue to push, or teleport to a new lane(preferable) and push/rush that turret to its destruction.

It is very important that everyone survives. The reason for having ignite is to get easy early game kills, thus buying more time for the rush as enemy players will be taken out of action(mass ignite against weakened players would be very deadly). Killing enemies is practically as important as destroying turrets. After the first skirmish, if the rest of the enemy team goes MIA, all but one player should hide. Bait/Pull tactics should be used to harm/ignite/kill enemies. Make sure to stock up on potions, and the person with heal should be ready to help allies.

There definitely isn't a thread by gauz 2 spaces below this one about the same game.

Anyways
This is highly amusing, and useful at the same time: 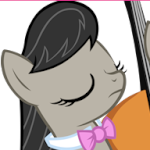 
Anywho, i'll be gettin Cho'gath, so hopefully I can tank from now on.

GreyApothecary wrote:Q: on a scale of 1 to 10 how would you rate this game? 10 being good

somwhere around 8-9.
My username shouldn't be hard to guess.

It's a simplified version of DOTA. Some of the more advanced DOTA stuff like denying your own creeps to stop the enemy from getting xp and gold wasn't included.

GreyApothecary wrote:Q: on a scale of 1 to 10 how would you rate this game? 10 being good

somwhere around 8-9.
My username shouldn't be hard to guess.

I'd give it a 7 but you have to remember that its also F2P(as long as you are okay with the free skins and the Champion Rotation), so from my PoV its a good and fun game that also costs me nothing to play. Double-Win there.
_________________
I AM THE LAW

If you want to update my roster of owned champs, add Teemo, Urgot, Caitlyn, and Vladamir.

I am so sad and yet so happy.

That is my new favorite song. Ever.

I have an awesome idea for a champion:

The Destroyer's armor contains many wonderous things, one of them being a built in system to inject fluids into his body. The effects of the stimulants lasts 8 Seconds

W Ability: Overdrive
By overloading his systems himself, he can greatly boost the performance of his armor for a short period of time.

E Ability: Soulsphere
An ancient and evil relic acquired on one of the Destroyer's many journeys. When thrown at a target it steals life and mana and transfers it to the user.

R Ability: Wrath of Uac
This massive weapon fires large balls of plasma which explode on impact, incinerating everything in the area. Unfortunately, this also includes any unlucky allies.

name taken.
Cho'gath is the Void walker.
and DOOM guy would destroy LoL the moment he fired the BFG.