Well, Valve releases free DLC for PC and Mac users. They can't with XBL and PSN due to requirements and shit in place.

Not to mention Valve has made some pretty good games.

Portal, and Half Life 2 are good... half life 1 was incredible... steam is nice

While I don't particularly like valve, it's far from the truth to say they suck. They are a nice company, great ideas, games and release free dlc for pc and macs.

So while I don't like them, they don't suck.

I enjoy their games, not a fanboy for them, but they seem to be the best at what they do and have the best community service.

Not quite sure where you're coming from, with this. I can only really think of two complaints about Valve. They take a really really long time to release their games sometimes (which they admit and even make fun of themselves for), and that they might take a bigger cut from other developers with Steam than they necessarily need to.
_________________

Valve are amazing.
They are my favorite game devs.

I think I have said this many times before but here it goes:
They have made

All of which are huge titles. Not to mention that Valve release free DLC plus weekends all the time for TF2 and had a sale in which it only cost 2.50, Alien Swarm is a free game for anyone anytime, and Vavle made Portal free for 2 weeks. When was the last time any game company like IW or Bungie did that.


It's funny you mention this now, due to the fact me and my brother just beat the first Half Life game like 5 minutes ago for the first time (I have seen videos of it before and I have know the ending since forever, but I didn't have the game) and, in contrast to the rest of my post, I have to say I was majorly let down by Half Life (Even though I am a huge fan of HL2). The Nihilanth boss battle was terrible. Worst climax in any game, ever. Also, I literally got stuck halfway through the game, and would have had to start all of again, if it wasn't for the fact that my brother had a save file that I leached off. But the combat was decent when you were against the certain Xenians and HECU even though it wasn't as fun as fighting against the Combine with Alyx and the gravity gun.
I should give it extra credit due to the fact it was made like 12 years ago, and I'm probably expecting to much of it since I am most likely comparing it to Half Life 2.

I think what I appreciate most about Valve is that they are an innovative, independent developer. I mean, if we look at the games they released, and then look at the games that were leading the industry while those Valve games were being made, you see a stark contrast.

In a world of Doom and Quake, where shooters have a thin plot that is mentioned in the manual, and are just about killing anything that moves, Half-Life emerges.

In a world of Halo 2, where plot and story were being neglected to improve on multiplayer, Half-Life 2 emerges.

In a world of Call of Duty 4 and Halo 3, where shooters are serious and gritty, where blood falls off your face if you hide behind a generic chest high wall, and where multiplayer is focused on deathmatch style gameplay, Team Fortress 2 and then Left 4 Dead emerge.

In a world of Battlefield: Bad Company 2 and Call of Duty 6, where coherency was disregarded in order to make the game more "epic", Left 4 Dead 2 emerges.

Valve is cool. My only problem with Valve is how Steam isn't much use unless you buy a game. Other than that, Valve is high among the top game developers.

Counter Strike, Half Life, Team Fortress, Portal, Left 4 Dead. Valve makes quality games and have built a great online community platform and store, just like XBL. The least you could do is appreciate their work, even if you don't love them.
_________________

Valve may suck, but at least we have companies like EA and Activision as beacons in the video game industry....

So, am i the only one that sees this as a joke thread?

But, i do believe some members here put valve a little too high on the pole.

Baconsen wrote:Valve may suck, but at least we have companies like EA and Activision as beacons in the video game industry....

So, am i the only one that sees this as a joke thread?

But, i do believe some members here put valve a little too high on the pole.

I bet once valve does something thats not to your guys liking you'll quickly turn on them like some of you did with bungie.

TBF, EA is producing better games. For example, the new NCAA and Madden actually do something to improve the series. It doesn't feel like a rehash with better graphics.

When EA starts making good games, give me a call.

When EA starts making good games, give me a call.

RA3 is the best I've seen from EA in... well... almost my entire life, and RA3 still wasn't a great game. This comes from a person who grew up on the RA series for RTS games.

CivBase wrote:Only good Metal of Honor game I've played is Allied Assault. That was a looooooooong time ago.

then you sir have not played frontline

Frontline kicked ass, but I'd also say that the earlier need for speed games, and most wanted are all nice racing games

Well it is long over due, EA (and Activision) haven't shown any innovation in far too long. Even when they do release a new, innovative, interesting, entertaining, and well made game, they end up retexturing and rereleasing it 7 times.

Baconsen wrote:So, am i the only one that sees this as a joke thread?

Yes, yes you are.

Let me clarify something here gentlemen:

During a party chat on Xbox Live. Many members of TCF were present in said Party chat. Seath happend to be one of them.
Now for some reason, suicide came into topic. Bacon then went on about how he would commit suicide "like a man", and do something cool & awesome. Something a long the lines of, tieing himself to a bomb and hurling himself into an ocean? (probably getting this wrong but that is beside the point.)

Anyways I, going a long with the joke, said something like "no Bacon, I'd be a REAL man and go make a thread on TCF about how Valve sucks." Get it? Get the joke? Funny or not, it made Bacon and others laugh and agree that making a thread that has any negative comments twords Valve would certainly and most definitely, get the creator of said thread, killed. Yes, that is the joke. Because as all of you know, the posting of a thread like that would not get you killed. (or would it? O_o better watch out seath)

So, in conclusion, I made a semi-funny joke on Xbox Live Party Chat, and Seath took it apon himself to make the joke become reality. Now let me just say that this is, by no means, calling out Seath or anything like that. In fact, I applaud him for doing it. I assume he thought that what I said was some-what funny, and thought "oh why the hell not? let's see what happens". But I don't know why he posted it, maybe he really does feel that way, maybe he doesn't, I don't know. And my standing on Valve is nothing negative either. I just happend to notice that a lot of praise and worship go's into Valve on this site, and simply stated an observation into joke form. So, now that I've completely wasted your time with this useful information in the apperance of a wall-o-text...let me get to the point.

Point is, joking thread is joking. Now that doesn't mean I want you to stop posting or everything posted here is pointless and stupid no no no. Just simple stating that this thread is the result of one members attempt at a joke. That's all.

You may now continue with your thread. Thank you and have a nice day. 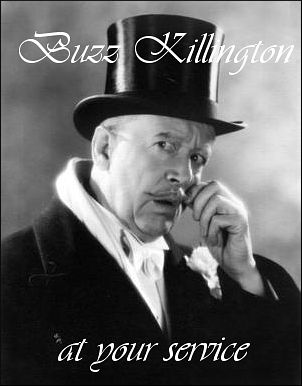 Really it took until page two for someone to crack and expose our little inside joke?

Whatever it was good while it lasted