Gauz wrote:Oh okay that was just a joke, no need to get semi-defensive on me.


I suppose you didn't, but now i'll question why you would want another racing game just like Mario Kart when you already own mario kart.

I would question you that, but it doesn't matter, so don't answer it.

Sorry I jumped at ya. I put a silly face.

Anyways. No I'll answear it. It actually quite simple.

Well first off, I actually don't own Mario Kart Wii. The Wii I have right now is a friends who left it over here for a while. But I have played and owned several Mario Karts etc etc. Besdies the point, but even if Blur is a good/great racing game and does really well etc, I'll still remember Mario Kart as the best. I'll still feel the same way I do now. Mario Kart is fav and racer's would not be where they are today with out our italian plumbmer who rides go-karts with his friends and enemys while throwing banana's and bombs at each other.

The only racing games i own are Burnout 3 and Gran Tourismo (?) 2. The former being an epitome of awesomeness and the second sucking so much ass.

I also *had* Mario Kart 64, which was a very fun racing game.

I'm not a great fan of racing games, but I have to agree with Rock.

Mario kart is too easy and slow going.

Marcus. Youre wrong. This game sucks. Everyone hates you for liking this game. Jesus, how DARE you get excited for this game! Youre delusional. Must be from all that coke youve been drinking... 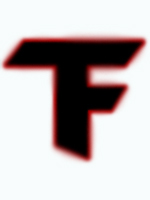 TYFIGHTER wrote:Marcus. Youre wrong. This game sucks. Everyone hates you for liking this game. Jesus, how DARE you get excited for this game! Youre delusional. Must be from all that coke youve been drinking...

Multiplayer Beta Demo is out now for the public to download on Xbox Live. I suggest you go give it a try.
See you there...

I wish Tyfighter would get on blur again so we could have some fun :twisted:

Too many games releasing in soon. Want them all.