Less right than I'd think I would be... 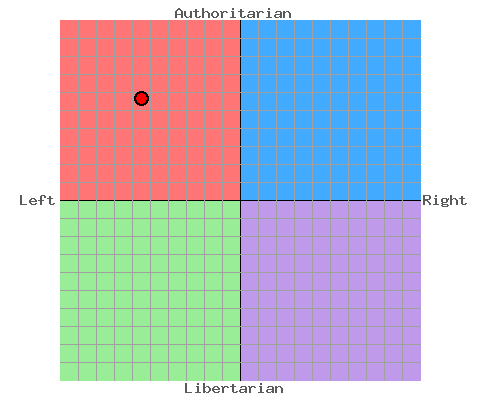 Not really surprised at the results.

as shown in Generation Kill, republican guard soldiers surrendered to American troops during operation iraqi freedom. The first large group of these was denied care and protection and sent back to where there were known to be death squads waiting for them against the geneva convention.

So was water-boarding, and the attaching of electrodes to prisoners' genitals.

So was My Lai. I think that guy ended up serving one year of house arrest...

I really don't have anything against torture that doesn't involve physical harm, but we're bound by the Geneva Convention, even if the enemy we're fighting isn't a regular army, so I have to oppose torture.

I would, however, like to point out that we follow the Geneva Convention as well as any other large military.

Rasq'uire'laskar wrote:
I really don't have anything against torture that doesn't involve physical harm,

I'm against it, not because of the geneva convention, but because in the type of war we are in right now, treating prisoners negatively increases the drive of our hidden enemy and increases recruitment.

Rasq wrote:I really don't have anything against torture that doesn't involve physical harm

..... I think you fail to understand the reason that torture is bad. When being tortured, a man will say anything to make the pain stop. If you're being tortured for the location of some weapons cache that you don't know anything about, you'll just give them some random location just to make it stop.

In the middle ages, they tortured people so that they would confess. A person would confess to ANYTHING if they were on a stretching rack.

Psychological torture is just as bad. If someone was threatening to send 150 volts into your balls, you'd probably tell them just about anything.

It's damaging, and its wrong, especially when we don't even know that these people are guilty of anything.

Even the almighty Tom Clancy opposes it.

In his books, he advocates other interrogation techniques like deception, and being very friendly and accommodating to sort of ease them out of a state of mental defense.

"You cannot be moral without being religious."


lol. that was on the last page.

Rasq wrote:I really don't have anything against torture that doesn't involve physical harm

..... I think you fail to understand the reason that torture is bad. When being tortured, a man will say anything to make the pain stop. If you're being tortured for the location of some weapons cache that you don't know anything about, you'll just give them some random location just to make it stop.

One: I prefer psychological torture, such as waterboarding and sensory deprivation, over fitting a guy with a collar and using it as a handle to slam his head against a wall.
Psychological torture is, from what I know, easier to recover from than physical torture.

Two: Under torture, a man will tell you everything he knows and a few things he doesn't.
The failure of early torture and use of polygraph tests was twofold: First, they were used as end-all tools, as opposed to intelligence gathering, to be backed up by further investigation. Torture a drug dealer, and he'll give you ten different places where he has suppliers. Check them, and I can almost guarantee you that he will have named the one location amongst the others.

Second, torture becomes ineffective and wasteful when the subject knows you are fishing. Success of early polygraph tests was probably due to the fact that the subjects thought that the system couldn't be beat. Once failures became known, once objections were raised, once people stopped believing that they must tell you everything and omit nothing, the testing was useless.

So, in summary, I believe that using torture on people captured in a war zone is immoral. But, I also believe that it may be necessary to use such techniques on captured terrorists to prevent attacks.

Many of the questions were poorly worded imo, so I'd make the dots a bit bigger to show a range of possible areas.

I think the main things which kept me from going completely right and down were: Strong military that isn't restricted into being useless
Prisoners (all kinds) did something wrong so they shouldn't be treated the same as everybody else
Mild regulations of large coorperations (something designed to make money as its only purpose will always been pointlessly greedy) are necessary to protect workers, shareholders. the environment (for sustainability mostly, though scenery protection is cool)
Economic protectionism is sometimes necessary to keep form being dominated.

It wont let me host the image...

At the end of the quiz, you should be able to right click on the image and go to properties and get its url and use that without any image hosting.