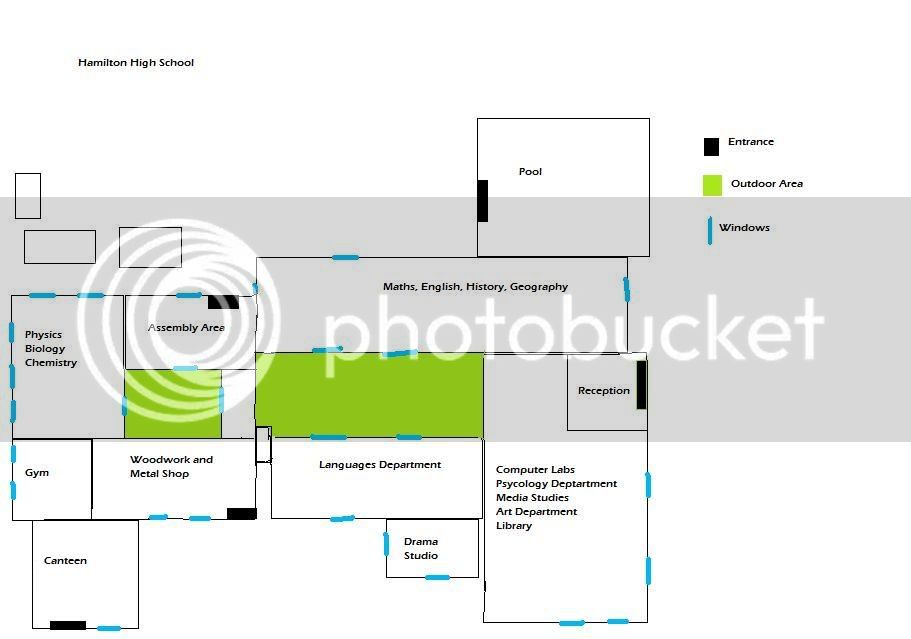 More in surrounding area (in the hundreds).


(Because there's so much equipment I'm going to have to keep weapons to class. You can still refer to them as you like though. If you're wondering why I gave you so little ammo it's so the game isn't stupidly easy.)

Weeks have passed. Outbreaks have been reported more and more across the world. China and the Middle East still seems to be the worst afflicted, though the outbreaks in Africa, and more recently, Brazil are getting more media attention.

A few days ago Israel declared a self-quarantine due to 'national health concerns', though the mass migration in that part of the world is far from unknown.

So far North America and Europe has been largely unaffected. There have been numerous rumours of outbreaks in ghettos around Detroit and Philadelphia, but your research seems to have confirmed these as urban myths.

New York was also likely to have seen an attack recently, when police fired upon and killed a homeless man. The official report claimed the man had already opened fire upon the police and injured an officer, who is recovering steadily in hospital.

There are still no official reports of the living dead, though rumours are rampant. Regardless, many citizens, including yourself, have been cautiously stocking up and gas and food.

This section isn't supposed to be used yet apart from for the map...

Your legend is fail. The windows on the map and the window thing in the legend are different colors.

wouldnt there be an Auditorium? like as the biggest building, and we could take out the seats and use it as a work shop...

and wouldnt there also be a cafeteria? like as one of the biggest buildings, and we could move all the seats and use it as a work shop to...

and make one front office (we would need that cuz it has an intercom)...

I will examine the wood/metalshop for anything that can be used for barricades and to examine the machinery. Someone else take tables from the cafeteria or something.

Lord Pheonix wrote:What kind of school has a locker room bigger than the gym and assembly areas?

tiny tim wrote:I will examine the wood/metalshop for anything that can be used for barricades and to examine the machinery. Someone else take tables from the cafeteria or something.

Good stuff. Exactly the kind of thing I was hoping for

But actually could you post this kind of stuff in missions?

Lord Pheonix wrote:What kind of school has a locker room bigger than the gym and assembly areas?

The kind where the architect is drunk

And it also has sports equipment.

As for Lax, we don't have auditoriums but I actually thought of that. Wouldn't an auditorium be used as an assembly area also? If not Drama Club?

Good call. Forgot completely about that. Kind of an important one.

I only included doors leading outside. I might add more detail to the map as we go but I'll remind you all this takes a while to do and I'm lazy

You have no idea how many times I adjusted to make it look like the actual school, lol.

well im going to help Tim seal everything up

The wood you found in the workshop is strong and sturdy, but perhaps not enough to cover all the windows and doors. Furthermore it will need securing with hammers and nails, which will need time.

The tables from the canteen and other classes do make good barricades, but they will surely last only a day at most if left unattended.

While searching, Tim also discovers that that water and heating is still running on the grid. The lightswitches do not work, but this is likely due to the summer holiday.

oh and tim you wouldnt mind if i took one of your hunting rifles would ya?

Of course you can take one. take a 40 rounds of ammo with you just in case.

I'll get to military response in an hour or so (in game time).

A thought occurs - all you military people would all get called into duty. I think I'll just blatantly ignore that for now

They have decided against it.

From the roof Nate can see the highway and most of the nearby roads are utterly at a standstill. Hordes clamour over the wreckage of thousands of trapped drivers. It is impossible to tell who is human and who is zombie. You can almost hear the screams from the school, though it may just be those closer by.

Police sirens flash all over the place. Shots are ringing out constantly. An ambulance driving past swerves out of control and crashes into a tree. Nobody gets out.

A fleeing man and woman spot Nate on the roof and run to the main entrance, waving their arms and shouting 'Don't shoot! Please! Let us in!'

They beg for entry. The man has bloodstains on his ankle.

Five ghouls are perusing them some 300 meters away. None of the others seem to have noticed.

I say we shoot the survivors, then shoot the Ghouls.

Well, I'm grabbing a handgun and 20 shots. Then I shoot the man in the head before he can become a zombie. Which in theory should drive off the woman.

The woman screams and flees into the crowd, doubtlessly she will be consumed.

(although the woman was infected)

Btw, loss of morality isn't necessarily bad. It's a bit like Kharma in Fallout.

I should probably mention you have no idea how zombies work atm - from infection through biting to headshots. I'll let that last one go though since you didn't know.

...Well, I made an assumption. and I was wrong. and you said bloodstains on the ankle...not knee